How Businesses Are Starting To Rely on AI for Digital Marketing

How Businesses Are Starting To Rely on AI for Digital Marketing

Artificial Intelligence, isn’t a new concept unless you were living in a cave with no access to Digital world. It has been the talk of both technology meetups, conferences, and whatnot.

Sofia the robot can be a prime example, and general consumers (interacting through AI chatbots and the like), but many still are unaware of what AI really is and what it can do, how it would automate and how it could be used in conjunction with influencer marketing.

What is AI all about?

AI or Artificial Intelligence couldn’t be more burning topic as it is right now. But is the hype and stories surrounding it even real? And what impacts will AI have on Social Media, Internet, Apps and other platforms and how we treat the customers or audience in the coming future?

Its primary purpose is to replace/improve humans when making sophisticated tough decisions by crafting up algorithms, using data inputted into a system and then injecting code to help the computers make more intelligent decisions based on possible outcomes which would simplify the decisions.

What is Artificial Intelligence?

AI or Artificial Intelligence is the science and engineering of making intelligent machines, especially intelligent computer programs based on various algorithms. It is related to the similar task of using computers to understand human intelligence, but AI does not have to confine itself to methods that are biologically observable.

For example, AI can’t define our human feelings and nature.

When did AI research start?

After WWII, a number of people independently started to work on intelligent machines. The English mathematician Alan Turing may have been the first. He gave a lecture on it in 1947.

(Those two answers were from studies made by Stanford)

How AI is reshaping Marketing?

To understand it better, let’s focus on how AI could impact Social Media Influencers and how it syncs with businesses.

AI uses its so-called “neural networks” to analyze various metrics and pillars such as thousands of images that link and match influencers to respective brands, in the hopes of finding a match that is the best fit for both parties.

The key is the brand and influencers fusing and being on the same page with same drive and goals. And this is where the AI steps in which would analyze how the influencer likely performs the best given their previously posted content, engagement, and the likes.

It’s a no-brainer. Since it helps the companies and brands to foresee the ROI and how likely they are to succeed with your campaigns to drive them more sales or profit.

Recently, one of the AdWeek article titled “AI in Influencer Marketing: Buzz or Real Value?”, “AI platforms move beyond image processing and analyze years of influencer content to determine the brands and topics that influencers talk about, aesthetic style, audience sentiment and, most important, how effective their content is at driving traffic, engagement and product sales.”

What To Make Out of It:

To summarise, Artificial Intelligence and Influencer Marketing act as Matchmaking service like Tinder. i.e., for Influencers to find brands or the brands to find Influencers.

As each day, weeks, months and years go by, customer needs and satisfaction are getting more and more sophisticated and hard to judge and to predict.

Fun Fact: 52% of consumers indicated that they will toss a brand if the received communication is impersonal. At the same time, 51% of marketers admit to recycling the same messages across different channels due to inadequate resources.

According to the Salesforce’s 2017 “State of Marketing” report, AI is the leading tech where marketers expect the most growth in the coming two years. In a survey of 3,500 marketers, respondents predict AI use will grow by 53% – a much higher rate than any other type of technology.

And among marketers who already use AI on their Marketing field, 64% said it has “massively increased their overall marketing efficiency.” Which signifies AI is doing much better good for them in driving sales for their customers and whatnot.

Alpharooms is one of the leading Travel Agency in Europe. They are based in U.K with nearly two decades of grit in the field. They have a list which is well over 250,000 hotels in 40,000 destinations.

Simon Kennedy is the digital strategist at Alpharooms and he’s in charge of building strategies to drive brand, conversion and revenue growth through testing, configuration, and optimization.

It’s been a few months since he has joined forces with Sentient Technologies, a leading AI firm based in US with more than $174 million in venture investment.

Kennedy has been using the Sentient’s system to test a variety of elements of the alpharoooms.com site, including colours, navigation bars, CTA, and layout.

“We know that for example when you are booking a hotel, reviews are really important to users,” he says.

“On our standard version of the page, we have reviews sitting at the bottom, with facility details and maps and other information sitting above. Now we can test a number of versions of that layout to determine what is most important in the hierarchy. Is what they see first making a difference to how long they stay on the page? And we’ve found yes, it does make a difference and in fact, it makes a difference in how likely they are to make a booking as well.”

Now you know pretty much how AI is getting integrated into Marketing. Social Media is just one of the many stages getting influenced by AI.

While you made your way here, why not stay and read through rest of our findings and research on how AI is reshaping the Digital Marketing.

Recently, EyeEm which is an app you could find in the Play Store and App Store to download for your phone with similar features like that of Instagram started rolling in their new ‘Semantic Tagging’ feature which suggests you tags based on your selections for a particular post. Here’s how:

With the image above, you can see how the tags change as you select various keywords.

– If you tap on “French Fries”,  “Burger” “Ketchup” and “Cheeseburger” show up as new suggestions.

– If you then tap on “Ketchup”,  “Mustard” “hamburger” “pub food” show up as new suggestions.

– Finally, if you tap on “mustard”, “Hot dog” “processed meat” and “paper plate” show up as new suggestions.

This is all part of the AI integration and how it can help you to tag your photos even faster and more accurately – giving your photos an additional boost to be discovered by other users in the platform. You can find the similar feature in various Google and Facebook assets as well.

In this day and age, data is one of the most valuable assets of any companies or corporation. And with all the major advancements and progress being made in machine learning and algorithms each week, Data Scientists and Marketers have found numerous ways to make use of technology and drive results for their clients for better conversion rates.

There are many speculations regarding on how AI will take over marketing space entirely. It may or may not be true. But we need to make sure that we are not left behind with the immense progress that is being made every single day goes by.

When Evergage conducted a survey – they were found out that over 60% marketers noticed an improvement in the user experience and in their conversions after they started implementing Artificial Intelligence in their website communications.

There are some very effective tools on the market already for AI integrations.

The primary concern is, customers nowadays are expecting a very customized understanding from their most loved brands and other services.

With Artificial Intelligence, computerization of personalization has turned out to be conceivable, because of which, every guest is offered content which is more customized for each and every one of them.

Customer Insights is one of the crucial metrics for a business. And trying to define character/buyer personas are crucial for to determine how products should be tailored, positioning services based on behavioral patterns and lot more. AI can be super good at giving insights.

Above all, it can save you time. When compared to human level calculations, AI can beat the clock with a fraction of what time it would normally take for us to derive a result or to analyze results and identify customer behaviour from it.

What to take out of it.

Ultimately, we hold that controller for data collection, data processing, and optimization are the most likely AI applications to gain in the first hand in widespread use in marketing agencies.

Maybe it’s too early, but sooner or later the tools will hit the market for agencies. And it will make significant changes to the process we are custom to.

So be ready to move along with the pace set by big guns in Marketing field.

Last but not least, let’s wind up wordplay with some of the quotes made by entrepreneurs and tech experts in the field of Artificial Intelligence.

“We’re nowhere near doing that now. However, we can get incrementally closer to that, and that is basically what we work on.” — Larry Page

“The pace of progress in artificial intelligence (I’m not referring to narrow AI) is incredibly fast. Unless you have direct exposure to groups like Deepmind, you have no idea how fast—it is growing at a pace close to exponential. The risk of something seriously dangerous happening is in the five-year timeframe. 10 years at most.” — Elon Musk wrote in a comment on Edge.org

“I don’t want to really scare you, but it was alarming how many people I talked to who are highly placed people in AI who have retreats that are sort of ‘bug out’ houses, to which they could flee if it all hits the fan.”— James Barrat, author of Our Final Invention: Artificial Intelligence and the End of the Human Era, told the Washington Post

“You have to talk about ‘The Terminator’ if you’re talking about artificial intelligence. I actually think that that’s way off. I don’t think that an artificially intelligent system that has superhuman intelligence will be violent. I do think that it will disrupt our culture.” — Gray Scott

“It’s going to be interesting to see how society deals with artificial intelligence, but it will definitely be cool.” — Colin Angle

“Artificial intelligence will reach human levels by around 2029. Follow that out further to, say, 2045, we will have multiplied the intelligence, the human biological machine intelligence of our civilization a billion-fold.” — Ray Kurzweil

How You Can Optimize Your Social Media Advertising

The Rise of Video Content and why it’s the FUTURE Use of voice Search in Digital Marketing 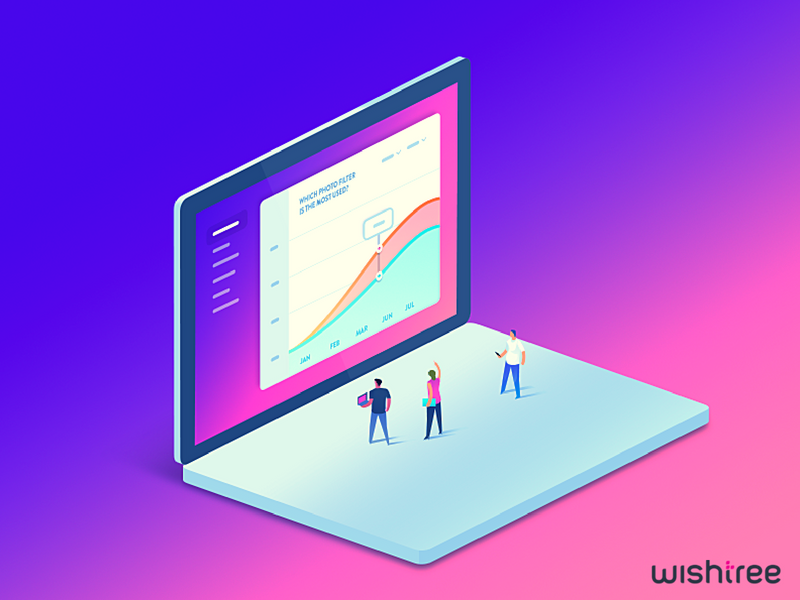 The Impact Of Data and Visuals In A Storytelling 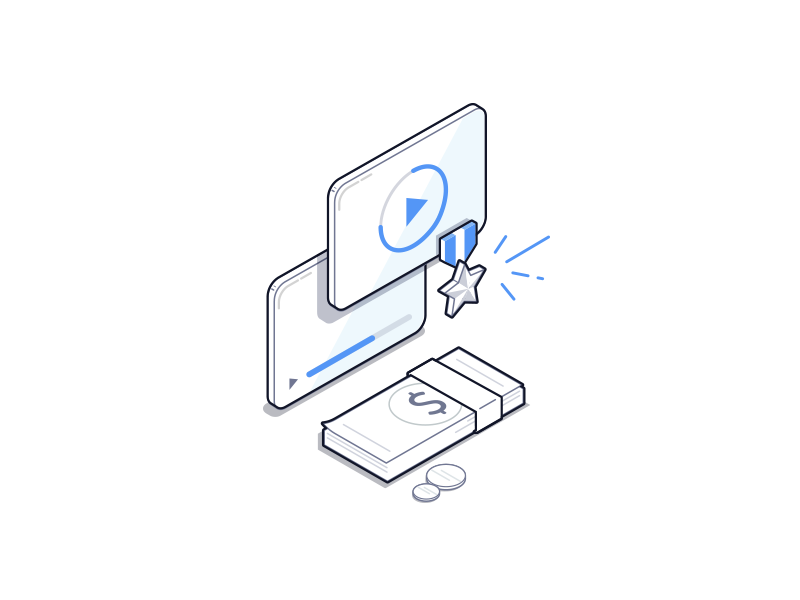